Start a Wiki
Christine is the wife of Si. She is often seen helping Korie and Miss Kay with ideas to expand the Duck Commander women's line. 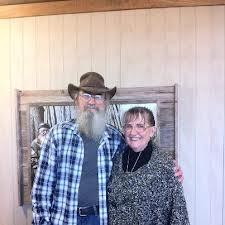 In Duck Dynasty, it is often implied that Si is single, but he is married to Christine, who has never made an appearance on the show. She may later appear in the series. She was mentioned in the Boomerang Becca episode.

Si and Christine have 4 children: Trasa, Scott, Connor, and Logan.

Retrieved from "https://duck-dynasty.fandom.com/wiki/Christine?oldid=6730"
Community content is available under CC-BY-SA unless otherwise noted.